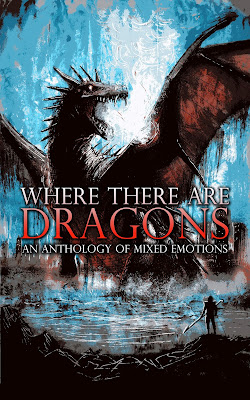 
Firstly, thank you for picking up our book. It’s a project we at Robber’s Dog Pub are very proud of. A project close to our hearts.

You may have noticed that the book’s description states it’s an anthology for charity. Proceeds from every sale are going to support Suicide Awareness and Prevention.

It’s a cause we believe in. It’s one that has touched the lives of everyone at Robber’s Dog, as well as many of the writers appearing in this book.

If you’ll allow me, I’d like to tell you a little about my friend Daniel.

In February of 2017 he took his own life. He left a vacancy in the world that will never be filled. And, for completely selfish reasons, I still miss him to this day.

He was such an intricate and major part of my life that for a long time I didn’t know how to cope without him there, there are still days, two years later, when I have to wonder how I get by without our daily conversations. Without our talks about fantasy novels we’ve read, or shows we’ve watched.

We would recommend books and shows and games to each other all the time. I knew that if ever I wanted to get him to move one of my recommendations to the top of his list all I had to do was tell him it had dragons in it.

He loved dragons. And that’s where this book’s theme came from. We could pretend that it’s something bigger, that it’s some metaphor about slaying our inner dragons or something like that, but no. It’s because my friend Daniel loved dragons and, if I’m being honest, almost every book I’ve ever released was, at least a little bit, just done to impress him.


If you're interested in grabbing a copy the ebook is available for pre-order here. Paperback will also be available after release.
Posted by James Jakins at Saturday, February 23, 2019