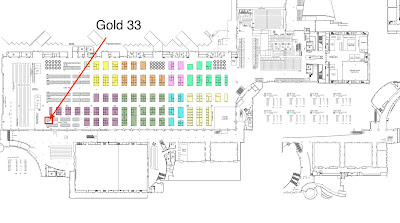 Only a few weeks until Salt Lake FanX. I love Salt Lake Comic Con, and I'm pretty excited/terrified about the fact that I will have a table this year. That map up there points to my tiny table in the corner of the show. Just a small speck amidst a sea of awesome, but if you happen to be attending, come find me. I'd love to talk books and all manner of geekiness with anyone that wants to. I'll even have copies of both my books, Fixer and Son of Thunder. I'll also have random stuff to give away. Nothing too exciting, bookmarks, autographs, oh, and Audible promo codes for both Son of Thunder and Fixer. I may also have minions patrolling the halls with instructions to reward their favorite cosplayers of the show with said codes. We'll see.

In other news: I just approved the proof for Son of Thunder's paperback edition. FINALLY. It took me way longer to get that one right than I expected, but I'm happy with the final product. So if you've been waiting for that, it should be available soon.

There's also a new paperback version of Fixer out in the wild. There were a few typos in the previous version that I had to fix up. Also changed the books measurements a little. I don't know if anyone besides me cares about that, but there it is.

I also really wanted to thank anyone and everyone that's been grabbing the Son of Thunder audiobook. In just a few weeks it's already sold more copies than Fixer has in over a year. Which kind of makes me sad for Jack, but I'm glad people seem to be enjoying Berun's story. Hopefully you'll come back for the next one. There's a storm on the horizon for the Thunder Mage, and I really think you'll all enjoy watching where the lightning strikes.

And finally, here's a picture of my weird dog: 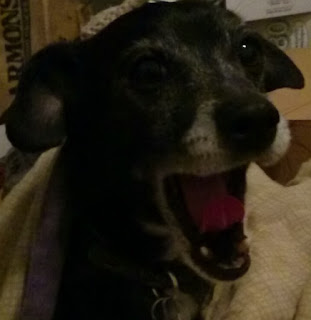