I've decided to do something new. Once a week, instead of trying to convince you to buy my book, I'm going to recommend someone else's book. Or books. I might settle on a theme for the week and throw a bunch at you, like I'm going to do this time. Hell, I might even go as far as actually reviewing the books I'm recommending beyond just saying, "It's really good, guys." But I'll probably still say that a lot.

This week I decided I'd focus on some short fiction. I have two short stories and a short story/poetry collection. All reads that you can likely finish in under an hour each. Two from writers I know, and really think you might like as well, and one I only recently discovered, but who might be a little better known.

Let's begin, shall we?

First up is a little piece anyone that knows me might be familiar with already: 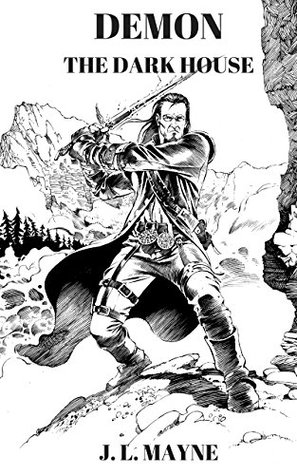 I have to start this recommendation by pointing out that I know the author of this one. He's an old friend, and one of my most trusted beta-readers. So I'm biased and I know it. Doesn't mean I don't actually love this story. Because I do love this story. Not only for what it is, but for what it's going to be. This story, on the surface, at least, is a simple action piece. A man hunting a pair of demons through a dark house using a sword forged from his own soul. For every demon he kills, his sword grows darker, and the voices of those he's killed torment him, slowly pushing him closer to insanity.
I talk to Mayne on a regular basis, and I always enjoy turning the conversation to the follow up story he's currently working on. If it even comes close to matching my expectations, we're all in for a treat. 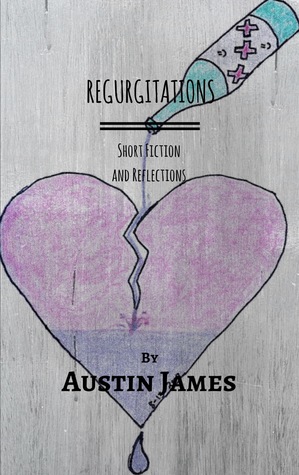 Again, I have to give a disclaimer. I also know Austin James. I know, I know, I must really be a big deal. Well, I appreciate you all thinking that. But I only know him because of this collection of stories and poems, so you don't have to accuse me of being totally biased. I helped with some of the ebook formatting and I got to write an awesome blurb you can read on the book's amazon page:

"The stories and poems in this collection all have an edge. The kind that can cut. All previously published, these are Austin James’s regurgitations. Reflections on human emotion and experience. Stories about the failings of love and the sharp, twisting knife of loss. Poetry that reveals the tragedy that is winter, the painting that is the rearview mirror, and the feeling in the stomach that only the right nutmeg blonde can produce. In this collection are two short stories and three poems, each ready to impart something, maybe wisdom, to the reader."

And I meant every word. While not what anyone would call genre fiction, which is my usual wheel house, I would still heartily recommend this short collection to anybody. I've been lucky enough to read a few more of James's stories, and the guy knows what he's doing. Do yourself a favor and drop the $0.99 for this quick read.


The Litany of Earth

The Litany of Earth by Ruthanna Emrys is a short story, or Novelette if you want to get fancy, inspired by the Lovecraft mythos. The narrator, Aphra, is one of the last surviving residents of Innsmouth(yes that Innsmouth) trying to start her life over after everything was taken from her.
Anyone familiar with the Lovecraft's stories will know what I mean when I say she has the "Innsmouth look," and I have to say, I loved the fact that the protagonist is a character that in almost any other story inspired by Lovecraft likely would have been cast as the villain.
I mean, she worships Cthulhu. You know, Cthulhu? Yeah, you know him. But the whole time I read this story I just sympathized with her. I almost understood why someone would want to worship a massive winged-squid-faced-monster-of-madness. I won't say too much about the story, other than to tell you that you can read it for free on Tor.com. I recommend it.
I really enjoyed this story, and upon completion was super excited with the news that there is a full length novel just released starring Aphra. Winter Tide. In fact, apparently, there's a whole series planned. Winter Tide has moved up on my reading list pretty fast, and it's likely going to be one of the next books I read. Fingers crossed that I like it as much as Litany.

Alright, everybody, those are my recommendations this week. Read them. Or don't. I'm not the boss of you. I just thought you might enjoy them.

Have your own recommendations? Got a short story(or novel, or tv show, I'm not going to regulate this) you love more than life itself? Please share.

Email ThisBlogThis!Share to TwitterShare to FacebookShare to Pinterest
Labels: Short Fiction, Weekly Recommendation, You should buy my book

This is not going to be a long post. I just wanted to give a quick status update.
It's been two months since my friend Daniel took his own life. It's been a rough two months. Daniel was, and will always be, my nerd friend. He was the guy I relied on to get excited with me anytime something surfaced for me to be excited about. You have no idea how hard it was not being able to text or call him when that The Last Jedi trailer was released.
I know that might sound shallow, but it's those little things everyday that drive home the fact that he's not around anymore.
A few days ago another friend of mine received word that a good friend of his had made the same decision and ended his life. Even separated from that situation, it hurt.
The news motivated me to expedite my plans to donate to a local suicide prevention charity. I'd been planning on waiting until next month so I could include my March royalty payments in the donation, but I decided that I would instead just use February's. Sales that month were better anyway.
In the end, I decided to go with Hope4Utah. You can follow that link if you want to learn more about them. I decided to go with them, because I thought, maybe if they'd been around when Daniel was in high school, if there wasn't such a stigma around talking about it, he might have been willing to share with us how he was feeling. Maybe he would have been more inclined to look for help.
Maybe is a painful word, but if my small donation can only maybe help someone, I'm okay with it.